Formed in 1968, Lothians Volkswagen Club has evolved into one of the most established VW clubs in the UK catering for Volkswagen/Audi Group vehicle owners and enthusiasts throughout Scotland and further afield. Members have a wide variety of Volkswagens ranging from Beetles of all ages, Vans and Campers, Type 3’s and Type 4’s, through to Polos, Golfs, Passats, Sciroccos, and all derivatives, Audis, Seats and Porsches.

The monthly Blether Evening at The Steading just off the bypass at the Hillend Ski Slope, is held on the second Wednesday of each month, and is an informal social get-together. The Club organises and attends other events throughout the year, some solely VW oriented, like Volksfling @ Biggar (formerly the Scottish VW Owners Festival), and also several classic car shows where club members display their cars.

Over the years, members of the club have been involved in various projects ranging from staging themed club stands at major classic car shows, providing a display of cars to celebrate the opening of new “Herbie” Films, through to building and “sailing” the unique Lothians Volkswagen Club Water Beetle which crossed the River Forth in 1990 as part of the official programme for the Forth Bridge Centennial Celebrations. The Water Beetle went on to make appearances on BBC’s “Top Gear” programme, BBC and ITV News bulletins, and also captured the public’s imagination when it appeared on the front page of several newspapers, after it crossed over the Isle of Skye without paying the toll at the height of the campaign to scrap the tolls. 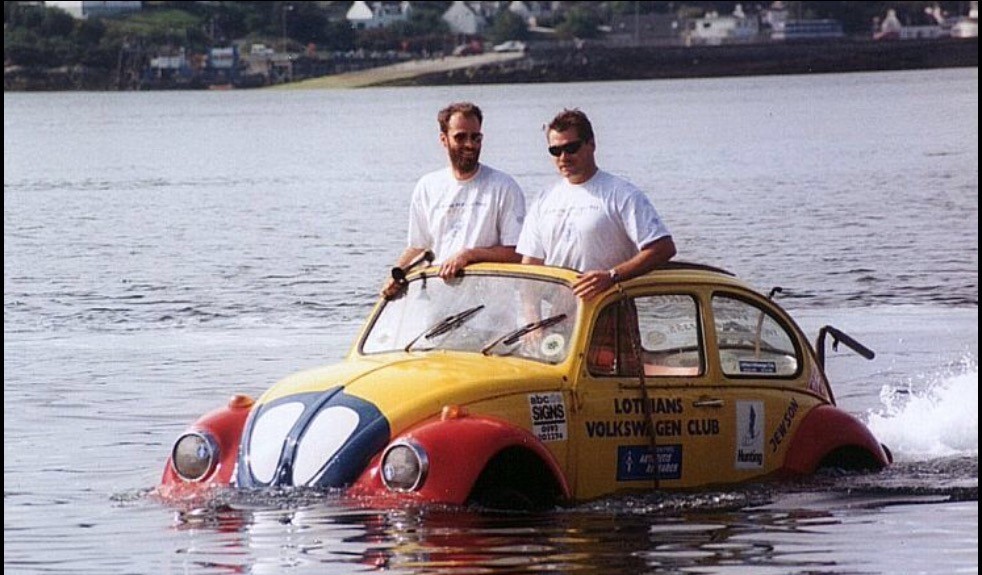 Club members have a wide expanse of knowledge and expertise, and many have been tinkering with Volkswagens for several decades. Help and advice is shared freely with friendship and enthusiasm.

Prospective members are welcome to attend any  event.

Any cookies that may not be particularly necessary for the website to function and is used specifically to collect user personal data via analytics, ads, other embedded contents are termed as non-necessary cookies. It is mandatory to procure user consent prior to running these cookies on your website.

SAVE & ACCEPT
Scroll to Top